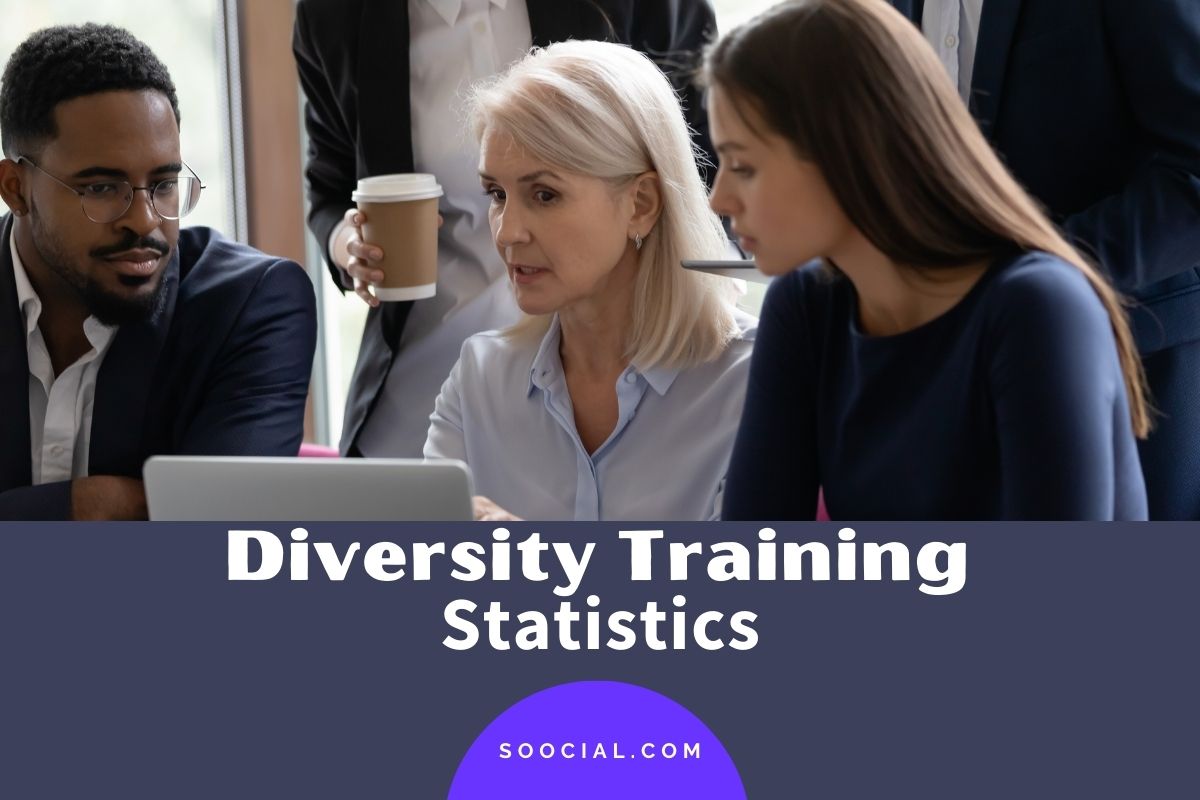 The world is becoming an increasingly diverse place, and the workplaces of the United States are no exception.

Despite numerous strides in legislation and inclusion methods, many workplaces continue to struggle with diversity.

In recent years, an emphasis has been placed on diversity training in an attempt to increase awareness of the issues that many marginalized groups face on a regular basis.

We’ve delved deep into the sometimes controversial subject of diversity training and are here now to bring you all the information that we’ve discovered.

Is investing in diversity training worth it? Keep reading to find out!

Within the past two decades, there has been an emphasis on increasing awareness and diversity training in many corporations.

Not all organizations employ diversity training though, although that number is increasing every year.

Throughout the past 60 years, there have been many questions as to the effectiveness of diversity training on employee behaviors.

Currently, 2/3 of employers in the United States have implemented some form of diversity training into their business.

This number has been steadily increasing in the past two decades, largely due to social pressure to implement change.

As our society becomes increasingly diverse, it becomes even more important that employees understand diversity and how it affects themselves and their colleagues.

2. Diversity task forces increase the rate of representation of minority groups by 9% to 30%.

A task force that consists of members from different departments in a company can evaluate diversity numbers and see where a company is falling behind.

This can force department heads to take a closer look at their practices and makes them carefully consider all candidates available for hiring and promotion decisions.

If a history of clear bias becomes evident, the task force can recommend that the department head be removed.

Together, this ensures that the best person is picked for the job. It also increases minority visibility for positions that they may have historically been overlooked.

3. Only 20% of medium to large employers have diversity task forces.

Despite the proven benefits of diversity task forces nearly 80% of companies refuse to use them.

Social accountability works by forcing people to think about how they might have to explain their hiring or promotion decisions.

In many cases, simply appointing a diversity manager instead of a whole task force can help enforce this behavior as well.

Research shows that companies with diversity managers show a 7% to 18% increase in minority groups.

So why do only 10% of companies have diversity managers?

4. There are 8 main types of diversity training that organizations implement.

Not all of these versions of diversity, equity, and inclusion training are practiced at every company that employs DEI training.

In most cases, an organization will choose 1-3 of these training tactics that they can implement when they require it.

These methods are further broken down into basic, intermediate, and advanced concepts that can be expanded upon and include knowledge, skills, and action plans.

Not every DEI training plan will work for each group of employees, so it is important for employers to take the time to consider which option will be most effective.

The cost of inaction is high, but so is the cost of improper or unnecessary training.

Many businesses in the United States have decided to take firm action against discrimination and bias in the form of diversity and inclusion training.

This decision was largely based on the course of events in 2020 that showed the world the level of racism and discrimination that was still present across the nation.

When diversity and inclusion training is properly done and performed by a company that has values that align with the training, it can be a huge success.

On the other hand, when it is implemented as a knee-jerk reaction or in response to laws, it may not be as effective.

5. The US alone spends an estimated $8 billion a year on DEI training.

The importance of cognitive diversity cannot be overstated.

It allows for faster problem solving and better, more profitable decision-making, which only serves to benefit the company.

Cognitive diversity is only achieved when a business has multiple people of different and diverse backgrounds working on the same projects together.

This allows for and encourages different thoughts, values, and personalities to integrate and work together to discover the optimal solutions for situations and problems.

6. Organizations that implement Diversity, Equity, and Inclusion training are up to 21% more profitable than those that do not.

This directly correlates to employees that are willing to do more work and show up for work consistently.

Combined, these factors all serve to help companies that implement DEI training to become more profitable.

Diversity training has been around since the mid-1960s following the introduction of equal employment laws and affirmative action laws.

As recently as the 1990s it was expanded to include training on religious diversity and gender and identity diversity.

Diversity training is constantly evolving to this day in American workplaces.

Proponents of diversity training hope that it will make a measurable difference in the way people interact with each other as well as hiring practices in the workplace.

7. Voluntary diversity training showed a 5-year increase from 9% to 13% in black, Hispanic, and Asian men in management positions.

While diversity training isn’t always effective in what it’s trying to do, it seems like people respond better to it when it is voluntary.

With proper implementation, and on a voluntary basis, diversity training is taken seriously by those who attend it.

For participants that are actively seeking to better themselves and the way that they interact with their diverse colleagues, diversity training can reduce bias.

8. Participants of Diversity training programs are 64% more likely to increase their knowledge of diversity than non-participants.

On average, when DEI training is done properly, most participants leave the training with a greater awareness of diversity and unconscious bias.

This leads to skills, knowledge, and action plans that can be used in everyday life.

In companies with intentional DEI training, the training can help foster a growth mindset that encourages communication and mindful changes in attitude.

Diversity training is still in its infancy, and it will undoubtedly improve as more research is done on the processes that work and don’t work.

For example, one method of diversity training, known as Unconscious Bias Training is no longer widely used.

It was determined that it was ineffective as it only highlighted the fact that people have unconscious biases, but it gave no clear action plan to fix those biases.

As more research is performed, and more feedback is received from those who attend the training sessions, companies will develop a clearer picture as to what is effective.

Recent studies have shown that forcing employees to attend diversity training can have the exact opposite impact.

In some cases, forced training instead causes significant employee backlash and causes management to believe that they no longer have autonomy.

This can lead to intense backlash and can end up causing employers to actively resist diversification efforts.

10. Only half of the diverse employees feel there are mechanisms in place to ensure decisions are free from bias.

This includes both day-to-day decisions, such as who should work on a project, and major decisions such as promotions and raises.

In comparison, most white males believed that all day-to-day and major decisions were typically free from bias in their experience.

11. 50% of diverse employees see bias as part of their day-to-day work experience.

Directly following the previous statistic, it probably won’t be a surprise to learn that half of the diverse employees experience bias on a daily basis.

Whether the bias is truly there or is perceived is irrelevant.

The fact that 50% of diverse employees believe that there is bias is a staggering number that needs to be addressed by employers.

There are a number of reasons that diversity training programs fail, and typically it is due to incorrect or thoughtless implementation.

One of the major factors that cause an immediate response is when the training becomes mandatory.

Mandatory training can cause people to feel defensive and can cause them to “shut down”, which leads them to rebel against the training.

A second factor is when a company only implements training to meet a compliance measure or a law that is in place.

Employees can tell when their employers don’t care about diversity and inclusion.

Finally, DEI training tends to fail when it is only offered to a select group of people, such as managers, rather than the whole team.

13. 60% of companies have metrics in place to measure the success of diversity and inclusion metrics.

Over half of most major organizations have a task force that specifically collects data on and measures the success of diversity training programs.

In addition to this data, these companies frequently request feedback on changes that can be made in their diversity processes via employee satisfaction surveys.

Unfortunately, only 34% of those companies actually have a method to understand and measure the impact of this data.

In turn, this leads to a lack of accountability where management is concerned.

67% more women than men believed that their organization promoted a threatening work environment.

In this survey, women reported that they did not feel safe or comfortable reporting violations in conduct or discussing items that required improvement.

Most of the women that were asked reported that they did not think that their employers were making enough of an effort with their DEI training, or that the efforts were ineffective.

In conclusion, diversity training is important for a business to increase productivity, improve workplace culture, and build stronger talent pools. Diversity training can be challenging to create, but with the right tools and strategies in place, the process becomes easier and more effective.

Thanks for joining us on this journey! We hope you’ve found some statistics that will help you make the case for diversity training in your organization. If you found this information helpful, please feel free to share it with a friend or colleague. They’ll certainly thank you for it!