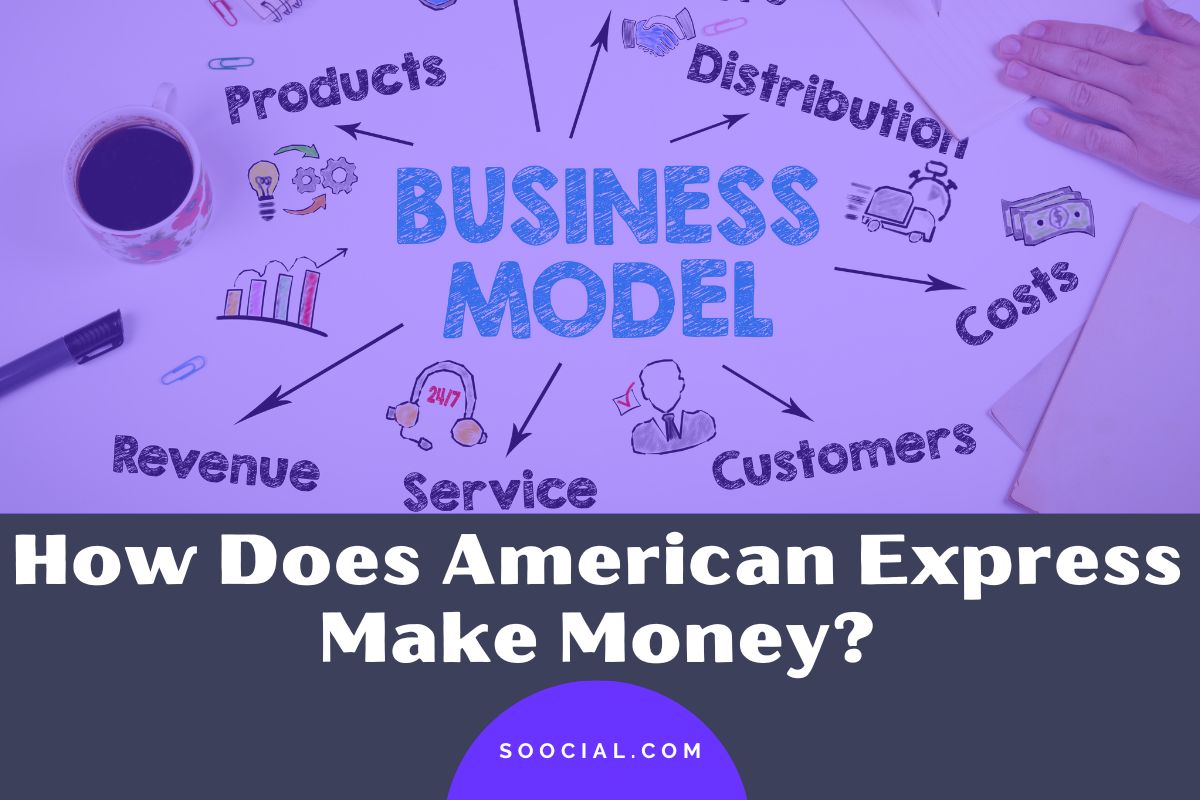 American Express is a popular credit card issuer and payment processor. The company differentiates itself from other payment processors by providing a more premium service with exclusive benefits.

Founded in 1850 by Henry Wells, William G. Fargo, and John Butterfield, American Express started as a delivery service. The company offered express delivery of packages and valuables to people around the United States. Over time, the company expanded into the financial service sector.

In 1891, American Express introduced the Travelers Cheque to help immigrants and international customers. The company then launched its first Charge Card in 1958. American Express now has over 112 million card users around the world and operates in over 160 countries.

What is American Express & How Does It Work?

American Express is a credit card issuer and payment processor that is accepted in more than 160 countries. In 2020, American Express had 53.8 million cardholders in the US and 58.2 million international cardholders.[1] The platform processed over $1.2 trillion in worldwide transactions in 2021.[2]

Unlike Visa and Mastercard, American Express issues its own cards. It also has a financial department that handles credit lines and loans. American Express provides better rewards programs to its holders by charging higher interchange fees from merchants.

Cardholders can use American Express at most of the same locations that accept Visa and Mastercard. American Express also provides charge cards. These are like credit cards, but their bills must be paid at the end of each month so that there is no balance transfer to the next month.

That’s because American Express doesn’t rely on a bank or any other intermediary to handle customer service requests. American Express offers cards for both individual customers and corporations. It also has its own banking that provides personal loans and financial planning.

American Express also has an invite-only tier known as “Centurion.” The invite is extended only to Platinum cardholders who spend over $250,000 a year and have a good repayment history.[3]

Most Centurion cardholders are either celebrities or wealthy business owners. American Express also partners with various airlines and travel providers to create exclusive offers for its customers. With American Express cards, customers get priority access to exclusive airport lounges and hotel rooms.

American Express cardholders pay higher prices on membership fees in exchange for a more personalized experience. They get access to exclusive rewards on travel and dining that aren’t available to Visa and Mastercard users. Owners of Platinum and Centurion cards even get a concierge service that acts like a personal helpline for that particular user.

American Express handles both the issuing of credit cards as well as payment processing. Hence, it is often referred to as a closed loop card provider. However, American Express cards are accepted at 99% of the locations that also accept Visa and Mastercard.

American Express charges higher interchange fees compared to other payment networks like Visa and Mastercard. This allows the company to generate much higher revenue per transaction compared to its rivals. Typical processing fees for merchants are 1.5% to 2.5% when they accept payments via credit cards.

With American Express, this fee can be as high as 2.5% to 3.5%.[6] Most merchants are willing to pay these higher fees because the average American Express user spends more.

A study from 2015 found that American Express card owners were spending $1,687 a month on average. In comparison, the average MasterCard user was spending less than half that amount at $639 each month.[7]

American Express manages to earn more revenue than both MasterCard and Visa while having a smaller customer base. For 2021, Mastercard posted an annual revenue of $18.8 billion.[8] Visa generated $24.1 billion in revenue.[9] Meanwhile, American Express led the pack with an impressive $42.3 billion, which is close to the combined net revenue of Visa and Mastercard.[10]

American Express’ business model relies on loyal, high-spending customers who choose it over other providers for its unique benefits. American Express also charges annual revenue fees on many of its premium cards. The Platinum Card has a membership fee of $695 each year.

In exchange, customers get industry-leading rewards and benefits. American Express also provides personalized customer service with near-instant response times. The company markets itself to a more affluent userbase in search of a premium product.

American Express is also the only major payment processor to have an invite-based card. Their Express Centurion Black Card is only provided to select members who have an annual spending in excess of $250,000. This card has a $5,000 annual membership fee on top of an initiation fee.[11]

However, American Express also has the customer demographic to make this scheme viable. According to data from the exclusive Centurion magazine, the average Black Card holder has a net worth of $11.4 million. They are also, on average, 57 years old and own six properties.[12]

By cultivating its premium brand image, American Express attracts elite spenders. This is how it manages to generate more revenue than its competitors despite having a smaller userbase. By following a closed loop model, American Express manages to integrate multiple services into its platform.

American Express has an end-to-end vertically integrated payment system. This allows the company to form direct relationships with both customers and merchants. As the issuer of its own cards, American Express provides unique facilities and personalized solutions to customers.

Owners of Platinum and Centurion cards get access to a concierge who manages everything from pet care and errands to emergency situations. American Express also offers premium dining and travel benefits on its rewards program that differentiate it from other payment processors. The company has partnerships with top hotel brands like Marriott and Hilton.

These partnerships are beneficial for travelers since they get access to exclusive services and locations during their stay. Since American Express provides an end-to-end solution for both customers and merchants, it incurs higher operating costs. The company’s high interchange fees result in lower international acceptance rates. American Express is also not accepted by some local and small businesses.

American Express’ main rival is Discover, as they offer similar services. Both Discover and American Express provide closed-loop payment services. They act as both the issuer and payment network.

Most of the operating expenses were from card member rewards which amounted to $11 billion. Marketing and business development took up $9 billion. Salaries and employee benefits cost a further $6.2 billion.[14]

How Does American Express Make Money?

American Express made $2.4 billion from fees and commissions. It also made $1.3 billion from ‘other’ revenue streams.[17] American Express consolidates the revenue from merchant contracts, cross-border fees, insurance premiums, and prepaid card fees into one category called ‘Other revenue.’

This is the largest revenue stream for American Express. In 2021, the company made $25.7 billion from this segment.[18] What American Express reports as discount revenue is often called the interchange fee by other payment processors.

Whenever a customer swipes their card at a store or makes an online transaction, the merchant pays a fee to American Express. This is the amount charged for using the company’s payment network. American Express handles various services like the clearing and settlement of funds in real time.

The money made by American Express from this discount revenue is used to pay for benefits on its customer’s cards. American Express has partnerships with global network service (GNS) acquirers or merchants who agree to accept the company’s cards.

Fee rates can vary based on the merchant’s industry, geographic location, business volume, and other factors.

Whenever an American Express cardholder borrows money from the company, they pay interest fees.

Generally, American Express cards carry a higher interest rate due to their superior benefits and service quality. Whenever a customer fails to pay the amount due at the end of the month, their balance is carried over into the next month, and interest is charged on this amount.

The rates can vary depending on credit score and balance amount. American Express also provides personal loans to eligible card members and earns interest on these loans.

American Express is famous for charging fairly high annual card membership fees. The company does have cards with no annual fees like the Blue Cash Everyday Card and Delta SkyMiles card. However, the best cards require high annual fees, but they also come with better benefits.

For example, the American Express Platinum Card carries an annual fee of $695. Meaning users pay nearly $7,000 over the period of 10 years, just for the privilege of owning this card. Then there is the invite-only Centurion card which is reported to have an annual fee of $5,000.

Money that American Express makes from insurance premiums, travelers’ cheques, and partner contracts are listed in the ‘Other Revenue’ category. In 2021, the company made $1.3 billion from this segment. Which accounts for a modest 3.1% of their total revenue.[22]

American Express Company (AXP) is currently a public company trading on the New York Stock Exchange (NYSE). The company made its debut on the NYSE in May of 1977, with an average stock price of $1.3.[23] As of September 2022, the company’s stock traded for just over $140 at a valuation of $105.1 billion.

American Express hasn’t gone through any public funding rounds. The company has been profitable for a long time. In 2021, American Express made $42.3 billion in revenue. It also had a net income of $8 billion, which is a 157% increase over the $3.1 billion it earned in 2020.[25]

American Express is very profitable, with profit margins that approach 19%. It made $42.3 billion in total revenue in 2021, with a net income of $8 billion.[26] The company is likely to stay profitable in the future as credit card usage keeps growing worldwide. With it, the number of people using American Express for its unique benefits and rewards programs is also likely to grow.

We hope you’ve enjoyed this analysis of American Express’ business model. We know that they’re a complex company with many moving parts, and we appreciate the opportunity to provide you with some clarity on what they do and how they make money.

American Express has been able to maintain a strong balance sheet and generate solid returns for its shareholders. In addition, it can continue to grow its business over the long term by expanding into new areas of financial services such as insurance.

The company has a wonderful history of success, and we believe it will continue to be a successful enterprise for many years to come.

If you thought this article was helpful, please share it with your friends and family on social media! We appreciate your time and attention, and we wish you a great day!