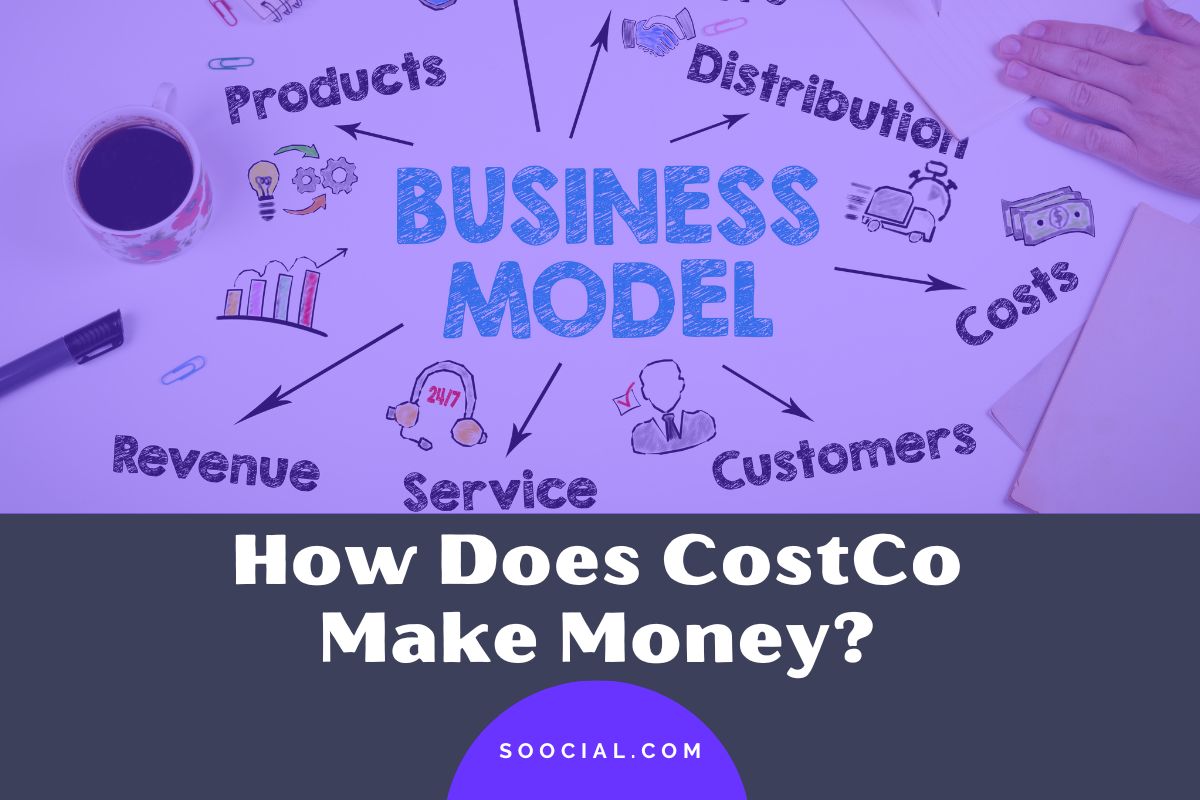 Costco Wholesale is one of the world’s largest ‘big-box’ retailers with approximately 820 locations in North America, Europe, and Asia. Costco’s main revenue source might surprise you.

Costco was officially founded in 1983 by James Sinegal and Jeff Brotman. However, its history traces to the founding of Price Company in 1976 which Costco merged with upon being founded. Costco is known for its cheap prices and its strong employee focus. It went public in 1985 with a strong IPO and trades stock on the NASDAQ exchange.

What is Costco & How Does It Work?

Costco is a buying club originally created for business owners. However, it later expanded to serve the general public. To enter a Costco store, you must first purchase a membership card. Once you have one, you can enter the store and shop. When leaving the store, an exit greeter quickly matches the number of items in your cart to the number of items on your receipt.

Costco offers a distinctive retail experience. It is organized as a large warehouse with a limited selection of items that can be bought in bulk at a reduced cost. Many choose to shop at Costco for the lower costs of buying in bulk.

This makes Costco more attractive to families over single individuals who consume less. They won’t get as much value from Costco and might not need to buy things in bulk.

Though Costco has traditionally encouraged customers to purchase in store, they also have an online site. In the United States and Canada, Costco offers a two-day grocery delivery service, with no delivery fee for orders $75 or more. Costco also offers same-day delivery for a small fee.

Costco’s business model is that of a buying club. Buying clubs use an upfront fee to motivate customers to shop at their store. This fee makes customers feel the need to return repeatedly to the store to receive the full value of the service they have paid for.

In return, Costco offers its members access to discounts and trademark products unavailable to non-members. This means that members will lose access to products that they love if they stop shopping at Costco.

Another important component of Costco’s business model is its ‘bare bones’ warehouse layout, which stores products on pallets. This set-up reduces labor costs by reducing the time needed to stock the store. Costco members benefit from this reduction in labor costs via decreased prices. The bare bones layout also reinforces Costco’s image as a company committed to saving customers money.

These features of Costco’s business model are also reflected in Costco’s negotiations with its supply companies. Costco’s suppliers make and package products that are for Costco and Costco alone.

Before stocking its shelves with a company’s product, Costco negotiates for a discounted price and Costco-specific packaging that won’t be available through other retailers. This gives Costco members what they are promised with their membership fee: product exclusivity at discounted rates.

Their customers are also deterred from shoplifting by the strict monitoring of store entrances and exits. Merchandise shrinkage from theft is about 0.12% of annual sales, which is far lower than the 1% to 2% of normal retailers.[3] These cost savings can be passed along to customers.

Costco’s business model has extremely low margins. This is because, compared with other discount retailers like Walmart and Target, Costco has low mark-ups on merchandise. A typical retailer would markup its merchandise anywhere from 25% to 50% of the cost. However, Costco caps markups at 14% for regular items and at 15% for Kirkland-brand products, with an average markup of 11%.[4] So, Costco doesn’t profit much from sales. It’s the membership fees that matter in their business model.

One attraction of Costco’s business model over a retail business model that relies on higher margins from sales is its reliable income stream. By basing income mainly on upfront fees and an extremely loyal customer base, Costco’s profits remain constant across fluctuating sales, making Costco’s stock a reliable investment for investors.

Another attraction of Costco’s business model is that Costco can flourish without a public relations department and advertising. It relies on its reputation for high-quality and discount goods to keep its loyal clientele.

A critical part of Costco’s business model is its strong employee focus compared with other Fortune 500 companies. Costco is well-known for paying its staff well and for their healthcare benefits.

Probably because of this, Costco sees less turnover than other retailers. It could also help explain why the average Costco employee generates almost three times the revenue as the average Walmart and Target employee.[5] Either way, its reputation for treating employees fairly has also been a source of good PR for Costco.[6]

Costco’s competitors include discount retailers like Target and Walmart, as well as Walmart’s buying club competitor, Sam’s Club. Costco has the majority of its stores in the United States and Canada but also has stores in certain international markets where it is looking to expand, like China, Mexico, and France.

While Costco tries to minimize its costs and spends far less on things like staffing costs and advertising than its competitors, the company still has significant expenses. These include things like rent or real estate cost, inventory, opening new stores, and electricity to light and heat their warehouses.

How Does Costco Make Money?

The Executive membership also gets you a number of additional benefits including an annual 2% reward on qualified purchases, exclusive offers, additional discounts, and a subscription to Costco Connection magazine.

A significant portion of Costco’s revenue comes from in-store merchandise sales. However, due to the low margins that are a key part of the company’s business model, Costco doesn’t generate a significant amount of net income off this revenue stream.

However, Costco doesn’t differentiate their in-store merchandise revenue from their online merchandise revenue in their annual report. It is unclear how much revenue Costco generates from this channel. If they are like other similar retailers, their profit margin on online sales will likely be higher than sales in their warehouse due to the decreased costs involved in eCommerce.

Costco also offers customers branded credit cards. In partnership with banks and card providers, Costco often collects an annual fee related to these cards and licensing and partnership fees from their partners. They also make money off cardholders using the card.

It is unclear how much Costco makes on their branded credit cards.

Costco has a number of lesser-known revenue streams. Many of these are business and home services that it provides to individuals and small businesses.

Costco also works with third-party home and installation providers to offer things like blinds, garage doors, flooring, and HVAC installation. They get a referral fee when customers purchase these services.

Costco also makes money on its own services such as their car repair services or business support services.

It is unclear how much Costco makes on these services but they are not likely a large part of their revenue mix.

Prior to going public, Costco likely raised money from a number of investors but that information is not easily available online due to how long ago the company went public.

Costco is a company that has been successful for many years because of its business mode, which invovlves centralizing business practices and offering everything at wholesale prices.

The company has been able to reach a massive customer base of both individual consumers and businesses along with its subsidiary companies like gas stations. It owns all its stores which enables it to eliminate the middleman and increase efficiency in the daily running of its operations.

Additionally, it has invested in further success by purchasing companies that offer their products to Costco exclusively, thus adding even more value to their portfolio.

All these factors contribute to the success of Costco.

In this article, we looked at the different elements that make up that model and how they have helped Costco become one of the most successful retailers in America.

Hopefully, this has given you a better understanding of what makes Costco so successful and what you can do to start or continue building your own business model based on these same principles.

495 Grocery Store Name Ideas to Own the Aisles