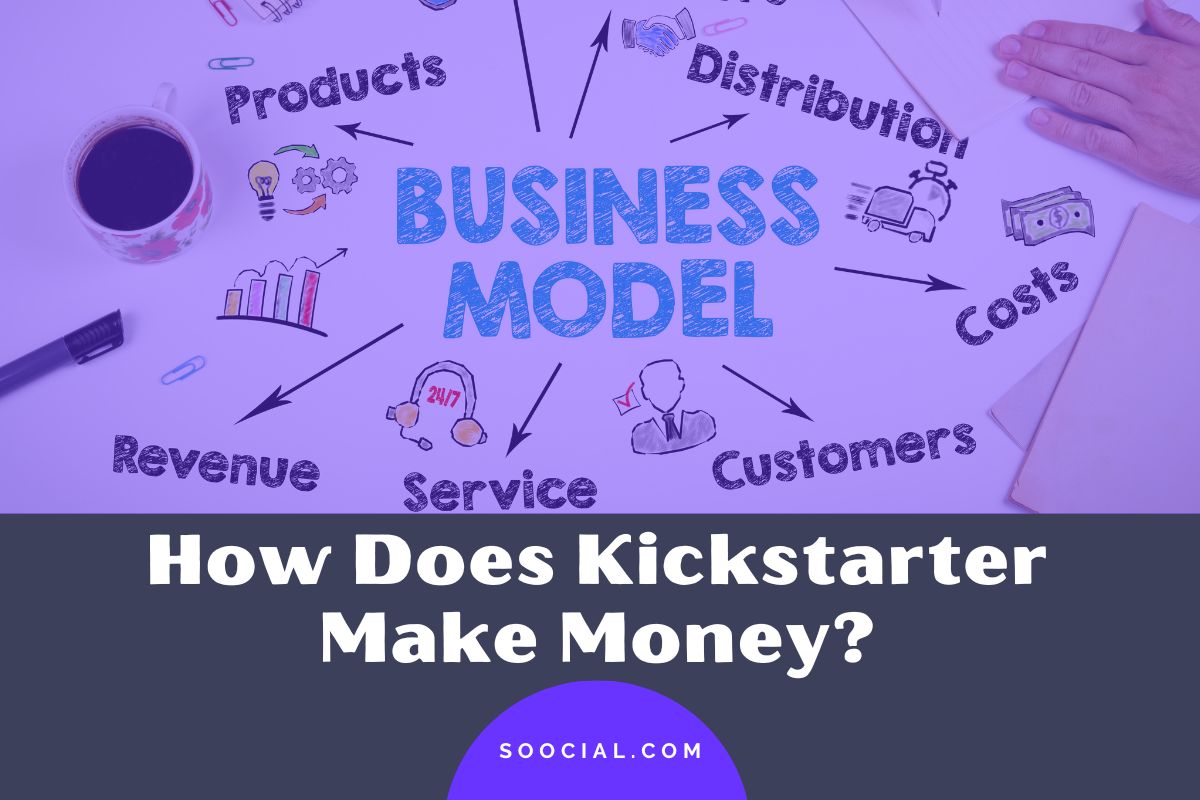 Kickstarter is one of the largest and most popular crowdfunding platforms. It connects creators and funders for creative projects.

Kickstarter is essentially a crowdfunding company where artists, musicians, writers, and designers can post projects for funding. The company differs slightly from conventional crowdfunding models in that it combines funding with a marketplace business model where funders receive rewards in return for their contributions.

The idea to start the company originally came to founder Perry Chen in 2002. The concept originated when he wanted to organize a concert in New Orleans, where he resided at that time.[1] Without access to funding and weary of the risks involved, he had the idea for a website where people could raise project funding without incurring personal risk.

In 2009, Perry Chen, Yancey Strickler, and Charles Adler launched Kickstarter in Brooklyn, New York. The concept was to develop a somewhat unique crowdfunding website, focusing on creative projects. They believed it would provide a distinct alternative to popular crowdfunding sites like Crowdfunder, Indiegogo, and Patreon.

What is Kickstarter & How Does it Work?

Kickstarter is a web-based crowdfunding company with a specific emphasis on creative projects. The service is offered to creators in several countries, including the US, UK, Canada, Australia, New Zealand, Ireland, Mexico, Hong Kong, Singapore, and most European countries.

Funders can be from anywhere in the world. Anyone with a debit or credit card can participate, and users can access the platform via either the website or the Kickstarter app.

Kickstarter has grown into one of the largest and most popular crowdfunding platforms in the world, with over 562,000 projects successfully funded.[2] From 2012 to 2022, approximately $6.72 billion was raised to fund Kickstarter projects.[3]

Creators apply to be featured on the platform by submitting a proposal for their project directly to Kickstarter. The proposal must include details about the project including what they’re hoping to do, who is involved, and how much they’re looking to raise.

Once submitted, the proposal is assessed and must be approved by the company, according to their rules. The Kickstarter team then offers advice to creators that may help them improve their proposal in order to increase their chances of obtaining the funding they require.

Each Kickstarter project receives its own webpage. Creators can add videos, photos, and text on that page. They are also able to add updates as they get closer to the funding goal or release additional benefits for providing funding should some sell out.

When a proposal is posted, a funding goal is listed on the webpage. This determines how much funding is required for the project. A time limit is also set for the funding goal to be accomplished. Creators choose a period of one to 60 days in which to achieve their funding goal.

Kickstarter does not own any part of the project. The company merely acts as a facilitator to enable creators to reach possible funders and only charges a fee for successful transactions.

One of the founding principles for funding is that it cannot be pure patronage or simply a donation. Creators need to offer a tangible reward. This could be merchandise, tickets to performances, or copies of the creative work. The Kickstarter team will advise creators on suitable rewards that could entice backers to fund their projects. However, the Kickstarter rules stipulate that a creator may not offer equity, revenue, or investment opportunities.

Each project can have numerous backers, and rewards can be offered on a tiered basis. This means that a project creator can offer better rewards to backers who provide the most funding. This helps entice funders to put more towards the project.

Kickstarter uses an algorithm to rank projects on its site. Those that appear higher up on a search or category page are more likely to get additional funding. For this reason, creators carefully plan their Kickstarter campaigns to ensure that they get a lot of early support and a large number of supporters. This helps boost the algorithm and get the attention of additional funders browsing the site.

Funders can receive a significant amount of funds – sometimes into the millions of dollars. For that reason, authors, video game studios, and physical product companies often launch successful crowdfunding campaigns on the platforms.

Funders do not receive any guarantee that projects will be successful or that they will be completed. Backers of projects are advised to use their own judgment when assessing a project. The creators are also warned of possible legal action from backers who may not be satisfied with how the money was utilized. However, Kickstarter does not participate in disputes between funders and creators.

One frequent criticism is that many creators who post projects on the site don’t properly consider the costs of developing their product or making good on the rewards they promised funders.

In a controversial legal settlement, hailed as one of the greatest Kickstarter disasters, backers lost approximately $4 million in products that they did not receive.[4] The Coolest Cooler project was one of the largest Kickstarter initiatives in terms of funding, receiving $13.2 million from 62,642 backers in 2014.[5]

However, about 20,000 backers never received the coolers that they were entitled to as part of their funding agreement. In an Oregon legal settlement, Coolest Cooler agreed to pay $20 for each cooler that was not received. This was much less than the actual value of the product.

In December 2021, Kickstarter announced that it would be implementing blockchain on its web platform. However, the move to blockchain has been met with a lot of disapproval from the community.[6] Concerns were raised that blockchain, originally developed for the cryptocurrency Bitcoin, was contrary to Kickstarter’s community and environmental objectives.

Kickstarter has several different revenue streams. Their business model incorporates common monetization strategies used by similar companies such as charging a percentage of the funds that a creator receives. However, it has some unique features to its business model that differentiate the company.

In 2015, Kickstarter became a public benefit company. As such, the company is not singularly dedicated to profit. It also aims to be socially responsible by donating 5% of after-tax earnings to art and music education.[7] Every year, the company also puts out a Benefit Statement to report on the ways it’s worked to benefit the public and support creative work.

One notable difference between the Kickstarter business model and other crowdfunding companies is that it’s a marketplace. Creators seeking funding are required to offer a product or some type of reward for the funding they receive.

Another difference is that Kickstarter and its funders do not have any ownership rights for funded projects, unlike platforms focused on crowdfunding via equity like Seedrs and Wefunder.

The predominant source of Kickstarter’s revenue comes from the commission charged for successful project funding. For every project that is funded, the company takes 5%. The profit derived from this fee is used to pay the platform’s expenses. An additional fee of 3% to 5% is charged to cover payment gateway costs.

Kickstarter has several competitors, including Indiegogo, FundRazr, Wefunder, and Patreon. Of these companies, Indiegogo is probably their closest rival, as the company also focuses on creative projects. However, Indiegogo also allows people to crowdfund for non-profits, something Kickstarter does not allow.

As a private company, Kickstarter is not required to provide financial statements. However, according to their public benefit statement, the company funded almost 20,000 projects and processed over $800 million in pledges for projects in 2021.[8] Public benefit donations made by the company amounted to $525,000 in 2021.

Due to insufficient financial data, it is impossible to determine how profitable Kickstarter is. The company does likely have significant expenses. These include things like employee salaries, advertising, and general operating expenses like buildings and utilities.

How Does Kickstarter Make Money?

Kickstarter makes money in two different ways. These are commissions from successful funding of projects and payment processing fees.

The company does not release its financial data, so it is unclear how much Kickstarter makes from any of these revenue streams.

Kickstarter charges a fee to creators when they reach their funding goal, and the pledged money is paid to the project leaders.

This amounts to 5% of the amount raised through the crowdfunding initiative. The amount is deducted from the total only once the funding goal has been achieved, and funders are officially charged.

This makes up the bulk of Kickstarter’s revenue.

When the pledge is processed by the funder, Kickstarter charges an additional fee for the payment. The amount varies depending on the region and the related transaction costs. The fee for the transaction is approximately 3% to 5% of the amount pledged.

In the US, the payment processing fee is 3% + $0.20 per pledge. For pledges under $10, a discounted rate 5% + $0.05 is charged.[9] This fee applies to every individual pledge that is made. In other regions, the processing fee may be structured differently. For instance, in Japan, a total of 4.5% is charged.

It is unclear if the company makes any profit from the fees for financial transactions as it uses a service provider to process the payments. This fee might be charged simply to recoup their own transaction processing costs.

Because Kickstarter is a private company, financial information is not available. This means that it cannot be accurately determined what the company’s valuation currently is. However, some market research firms peg the company at worth $100 million or more.[10] That is likely an outdated number.

The company has raised money only one time since it was founded. That was in 2011 when the company raised $10 million in funding from 19 investors.[11] Major investors include Betaworks, David Cross, Peter Hershberg, and Matt Haughey.

Kickstarter’s estimated annual revenue is $55.3 Million, and the company employs 335 people, giving the company estimated earnings per employee of $165,100.[12]

Kickstarter is likely profitable. Despite a lack of available financial details about the company, Kickstarter has not raised venture capital funds since 2011. The company also makes generous annual donations to community causes. The company is likely self-sustaining and generating at least a small profit.

However, given that financial statements are not available for the company, it cannot be determined with any certainty just how much the company makes.

Kickstarter’s estimated revenue of $55.3 million cannot be verified and seems quite low considering the amount of transactions the company processes. The lack of information makes it difficult to speculate on the degree of Kickstarter’s profitability with any authority.[13]

In conclusion, Kickstarter is a platform that has given birth to many exciting new companies and products. It has also changed the way we think about crowdfunding and what’s possible.

As you can see, Kickstarter has a unique business model that has taken off in the past decade and shows no signs of slowing down—especially as more and more artists and entrepreneurs look to the platform to launch their own projects.

But Kickstarter isn’t just about raising money for your pet project or selling pre-orders for your latest invention. It’s about connecting people with ideas—and making them a reality. And in this era of uncertainty, who wouldn’t want to be part of something bigger than themselves?

We hope you enjoyed reading this article as much as we enjoyed writing it! If you have any questions or thoughts on the business model of Kickstarter, please let us know!

How Does GoFundMe Make Money? Business Model of GoFundMe

32 Board Game Industry Statistics That Will AMAZE You