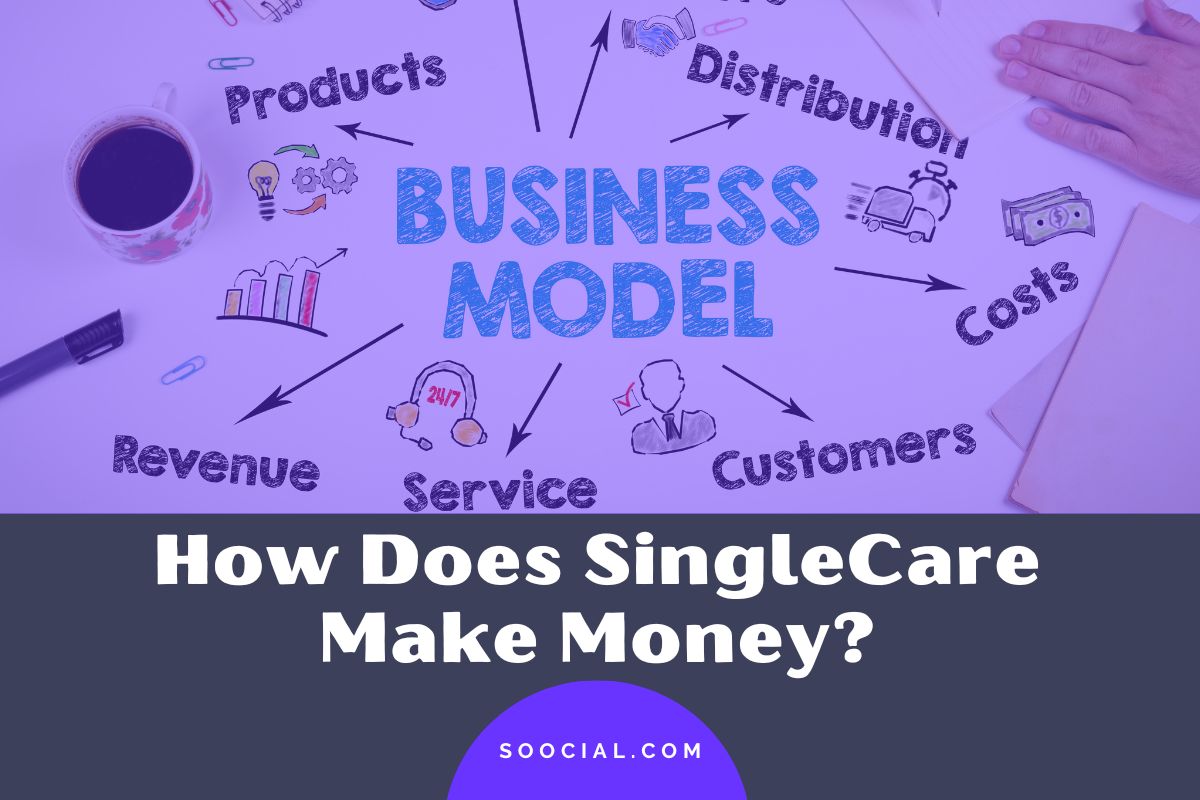 SingleCare is a discount drug plan that helps consumers access discounts on their prescription drug prices in the US from local pharmacies.

Essentially, SingleCare extends prescription drug discounts to consumers who are paying for their prescriptions in cash. Those consumers then go to the pharmacies SingleCare identifies, and SingleCare gets a fee in return.

SingleCare was founded in 2014 by CEO Rick Bates and several silent partners. While prescription discount cards aren’t new, SingleCare is part of a wave of companies making them more accessible. SingleCare provides patients with a free card that they can download online and use to access discounts.

SingleCare is a private company and does not release many details of its financial or user details. The company merged in 2021 with FamilyWize, a prescription drug savings card formerly run by the United Way.[1]

What is SingleCare & How Does It Work?

SingleCare is a company that provides free prescription discount cards to its users in order to help them access cheaper prescriptions. The company helps patients find local pharmacies where they’ll be able to get lower drug prices and gives them a card that will allow them to get additional discounts that SingleCare has negotiated with those pharmacies.

The company claims it can help customers save up to 80% on over 10,000 popular prescription drugs. They have both an online site and a custom app available on iOS and Android. Their cards are accepted at over 70,000 pharmacies across the country.

They’ve partnered with a number of popular pharmacies, including CVS Pharmacy, Albertsons, Acme, RiteAid, Walmart, and Amigos. You can also search for your local pharmacy on their site.

Anyone can log onto SingleCare’s site and search for prescription drug discounts without even having to register. The site allows you to search at particular pharmacies and by prescription drug. They allow customers to compare both brand name and generic drug prices.

If users find a drug discount they would like to take advantage of, they have to print a free SingleCare card or have the company email or text it to them. They can also sign up for SingleCare’s mobile app. At that point, they just take the card to a local pharmacy and get the discount at the counter when they present their card.

While you don’t have to register for SingleCare to get a discount or get their discount card, the company pays users who sign up a bonus of $5 for doing so. This likely allows the company to better market to this group of customers to try to encourage loyalty and repeat use.

It’s unclear how popular SingleCare is. The company doesn’t list information about their user base on their website and has never publicly declared how many users they have.

SingleCare’s business model is based on a pharmacy benefit manager (PBM) payments model. Similar to PBM companies, SingleCare makes money whenever someone uses their discount card at a participating pharmacy. Typical PBM fees can range between $8 and $15 per prescription.

However, it’s unclear how much SingleCare makes from their pharmacy partners. SingleCare has a consumer subscriber business model with their SingleCare Plus plans that offer subscribers additional discounts.

Pharmacy discount card providers like GoodRx have also branched out to other healthcare services like telemedicine in recent years. SingleCare has given no indication that they plan on expanding to other services.

SingleCare’s main business model is focused on simplicity. Users just need to search for prescription drug discounts on their site. There are no other offers, and they don’t even need to register to access a discount. The simplicity makes it more likely that people will use it.

The company does, however, encourage registration to use its mobile apps or its site by offering a bonus of $5 to everyone who signs up. This helps the company by allowing them to generate recurring revenue from those customers.

There are some inherent risks to SingleCare’s business model. For example, if prescription drug prices or co-pays for drug costs were regulated, the company’s discount card products would be less useful.

In addition, because the problems that SingleCare is addressing around prescription drug prices are particularly American issues, the company would have a difficult time expanding to other geographic markets. That limits how much SingleCare could potentially grow.

SingleCare has a large number of competitors. Companies like GoodRX, Pharmacy Checker, WellRx, SaveonMed, RxSavings Plan, and Optum Perks all basically offer the same deals and have the same revenue model. Because SingleCare is in such a competitive market, the company will likely have to invest significantly in advertising in order to grow its reach and user base.

As a private company, SingleCare doesn’t release much information about their financials. However, the company likely has substantial staffing and marketing expenses involved in negotiating new partnerships and attracting new customers.

How Does SingleCare Make Money?

As SingleCare is a private company and does not release their financial information, it is unclear how much the company makes from each of these revenue sources.

SingleCare makes the majority of its revenue from referral fees pharmacies pay to the company when customers use SingleCare’s discount cards to purchase medications. Another term for these fees, which can include a referral and a dispensing fee, is pharmacy benefit manager fees or PBM fees.

While SingleCare does not say how much they get paid for each referral but generally these fees range from $8 to $15.

SingleCare has a subscription program called SingleCare Plus. This program provides discounts of up to 90% on prescriptions but offers no other benefits.

The family plan can be used for a couple and an unlimited number of dependents under the age of 18.

SingleCare lists in their privacy policy that they might sell users data. This data is then used for things like industry analysis, demographic profiling, and delivering targeted ads about other products or about SingleCare.[3] These data sales include both aggregate user data and log data.

This revenue stream isn’t uncommon for companies in this sector. For example, GoodRX got in trouble in 2020 because Consumer Reports exposed that they sold advertising networks like Facebook information that included the names of the drugs users browsed, the pharmacies they filled their prescriptions, and the medical conditions they have.[4]

Their third-party advertising partnerships are, therefore, based on users opting-in. It’s unclear who SingleCare’s partners are, but they are likely prescription drug companies and other health-related businesses.

SingleCare is currently a private company that does not release financial or user data publicly. For that reason, it is very hard to determine anything about the company’s financial situation.

SingleCare was originally founded by its CEO, Rick Bates, and an unnamed number of silent partners. The company has never publicly acknowledged taking on other investors outside that initial investment. Bates previously served in leadership roles for other pharmacy benefits programs.

It’s been estimated that SingleCare makes $27.6 million in revenue annually. However, that’s an estimate, and the amount the company makes could be much more or much less.[5]

While some have estimated that SingleCare makes $27.6 million annually in revenue, the company could actually make far more or far less depending on its user numbers and negotiated partnerships.[6] Other companies with similar business models, however, are not currently profitable. For example, GoodRx lost $25.2 million in 2021 and $293.6 million in 2020.[7]

Given the fact that SingleCare is in a highly competitive space, there is a good chance the company is similarly not profitable. They could be spending a considerable amount on product development or advertising in order to gain more users.

As far as the future of SingleCare goes, we think its prospects are very bright. The industry is growing at an exponential rate due to the fact that more people than ever before are living with illnesses, making prescription medications an increasingly necessary part of life for many people across the country.

People will always need medications and will always be looking for ways to pay less for those prescriptions. This means that SingleCare has a bright future ahead of it as long as they continue providing the kind of services that people want and need.

We also think there will be a growing amount of competition for this type of service as more companies realize how much money there is to be made in saving customers money on their medications. So we’re excited to see how SingleCare grows over time—it’s an exciting time for them!

How Does 23andme Make Money? Business Model of 23andme