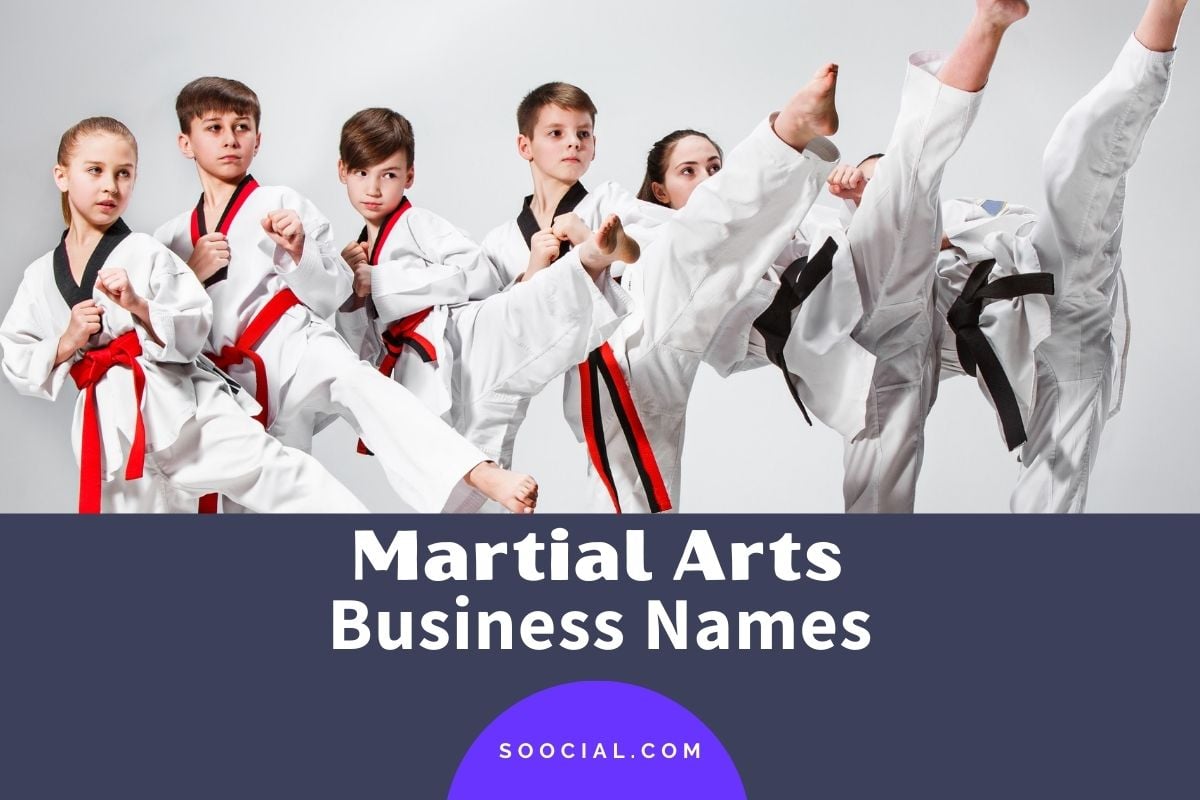 Do you want to start a martial arts school or gym but having a tough time coming up with an attractive name for it? Running out of ideas? Well, worry no more. This article will give you hundreds of catchy and unique martial arts business name ideas that you can use to effectively narrow down to the best name for your martial arts studio or gym without straining yourself too much.

Martial arts is one of the most popular types of sports in the world today. It takes an amazing amount of skill and focus on mastering each discipline alone. Martial Arts have a strong history, traditions, and culture.

Having all this in mind, picking up the right name is very important for having a good first impression on your potential students.

Creating a name for your martial arts school or studio can be difficult. You want something that’s awesome at conveying the overall vibe and image of your brand without being too generic. A good martial arts business name can help get your program more attention from potential clients.

The name should say something about your passion, vision, and strength. It’s also a way for you to differentiate yourself from hundreds of other martial arts schools and gyms in your city and state.

However, it is not an easy job, especially when you are doing it on your own accord. Your selected name could eventually make or break your future. And hence, it is important that you do not rush with this decision and take some time out to come up with the best possible option.

But don’t worry! We already did the hard work for you. Let’s take a look at our collection of martial arts business name ideas.

These names can be easily twisted to fit your needs as well as used for various other categories of martial arts schools and other businesses in this niche.

So, let’s get started.

You have the passion and the drive to open your own martial arts school. You now need a name.

A catchy name can make your school stand out from the crowd. However, coming up with an attractive name that captures the essence of your brand can be challenging.

Try these catchy martial arts school names and spin-offs to give you something to get started with:

Thinking of a name for your new martial arts gym? A cool name can be a huge boost towards attracting new members.

Whether you’re looking for a name for your traditional martial arts school or MMA Gym, our collection of cool martial arts gym name ideas will surely help you find the right name. Take a look!

An attractive martial arts school name is a great way to attract students to join your class. But coming up with such a name can be difficult and time-consuming.

Therefore, we put our martial arts school name generator tool to work and gathered many interesting name suggestions. Check these out.

Congratulations! You now have more name ideas for your martial arts business than you’ve ever thought possible. Now it’s up to you to choose the one that best suits your needs.

We hope it was useful for you in your search for a name for your martial arts business. A lot of work went into creating this extensive list.

Remember, it is vital that you choose a name for your school or club that represents an aspect of your program and is easily recognizable for its value.

Thanks for taking the time to go through this article. If you have any other suggestions, please email us, as well as your questions and feedback!